Population growth in the Caribbean 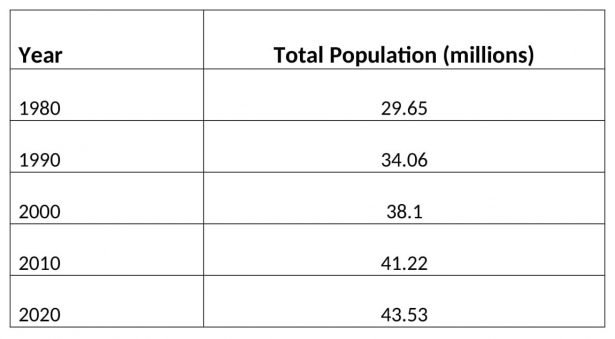 Table showing population growth in the Caribbean from 1980 – 2020

Fertility rates: Generally, fertility rates have dropped significantly in the region. Various forms of contraceptives are easily available. Also, a greater proportion of women have entered the workforce and more women pursue higher education. Thus, many women are choosing to have children later in life and also have fewer children.

Note: Over the past several decades, many Caribbean governments implemented various sexual and reproductive health programs and encouraged family planning. These have played a significant role in reducing fertility rates, birth rates and infant mortality.

Death rates: Death rates have remained roughly stable despite improvements in medical care due to the increasing proportion of elderly people in the Caribbean.

Migration: There is a significant flow of emigrants from the region. Many people choose to migrate to countries such as the USA, Canada and the UK. The flow of immigrants into the region is significantly smaller. The Caribbean can be described as a region of net emigration.

Note: The Caribbean is made up of many countries and there may be significant variations in the above factors from one country to another.