Water pollution refers to the introduction of harmful substances into our rivers, lakes, oceans and groundwater. Our water bodies are becoming more and more polluted. Pollutants come from several sources including but not limited to the following: 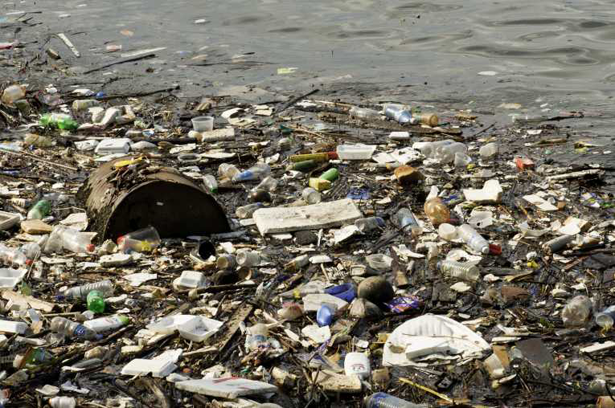 This picture shows garbage floating in the Atlantic Ocean

Aquatic animals and seabirds often mistake bits of plastic for food and may die after eating them. Other animals become entangled in plastic materials and may die as a result. 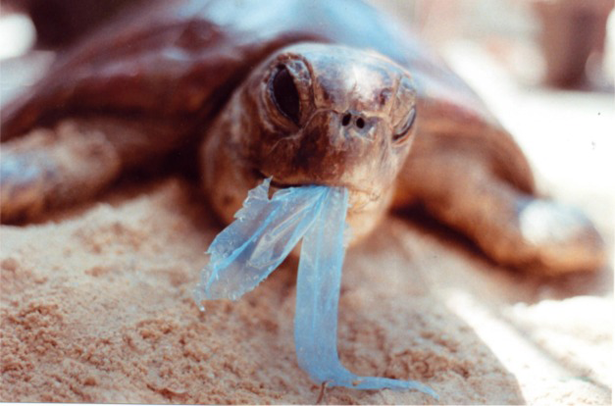 A turtle eats a piece of plastic 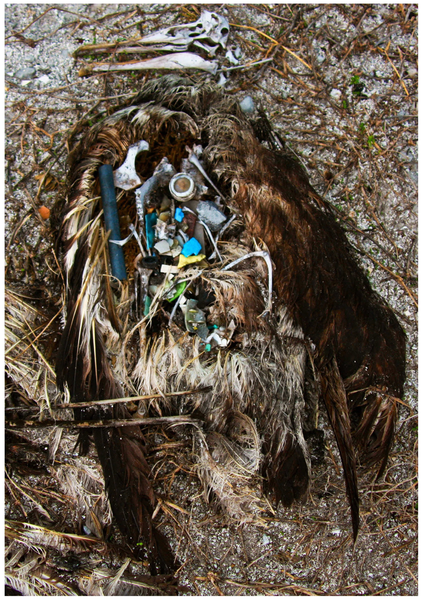 Many aquatic animals and seabirds die from eating plastics

Many of the pollutants in our water are toxic. These include pesticides, herbicides and heavy metals such as lead. These can kill aquatic animals in high concentrations. Sometimes, toxic chemicals build up in the tissues of fish and other aquatic animals. We take these toxins into our bodies when we eat fish, shellfish and other creatures which come from polluted water bodies. Some of the chemicals found in water bodies are known to cause cancer, damage the nervous and reproductive systems and create other health issues.

Organic matter and fertilizers also pose a threat to the environment. They add nutrients to the water which causes microorganisms to grow and reproduce rapidly. These organisms may use up most of the oxygen in the water causing larger creatures such as fish to die. Water contaminated with untreated sewage poses a health risk as it may contain microorganisms which cause diseases such as gastroenteritis and cholera.

Generally, contact with polluted water may result in skin irritations, diarrhea, respiratory problems and a host of other health issues depending on the pollutants that the water contains. The video below shows some of the major sources and effects of water pollution.