Volcanic features change over time. As soon as extrusive volcanic features develop on the surface, forces such as weathering and erosion begin to act upon them. For instance,some volcanic cones are made of loose or unconsolidated material such as ash. Such material is fairly easily eroded. Rivers or streams flowing down the slopes of these volcanic cones may cut deep channels into them. In the photo below you can see La Soufriere in St. Vincent. Many channels have been cut into the slopes of this volcano by running water.

In some cases, a volcano may be completely worn away leaving behind a volcanic plug (also known as a volcanic neck). The volcanic plug is composed of magma which solidified within the volcano. The photo below shows a volcanic plug located in France. The Chapel of St. Michael was built right on top of it. 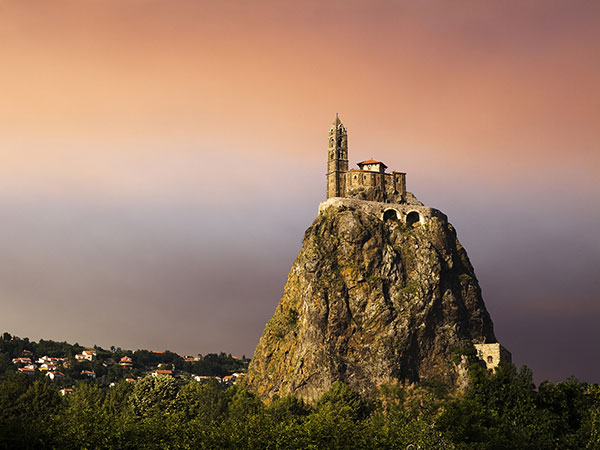 The volcano has been completely worn away leaving behind this volcanic neck.

Intrusive features are often made of very resistant rock. Weathering and erosion may remove the material which lies above intrusive volcanic features. When this happens, these features are exposed at the surface. The photo below shows a sill in Scotland. The material which once covered this feature has been removed. 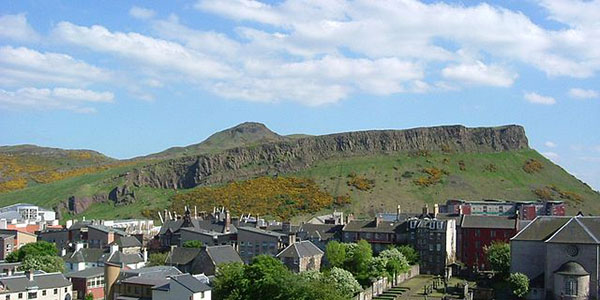 Sailisbury Crags is an exposed sill located in Scotland. (photo by Klaus)

In a similar manner, dykes may be exposed by weathering and erosion as vertical sheets of rock. The photo below shows an exposed dyke in Australia. This feature is known as The Breadknife.

The Breadknife, Australia (photo by Shiftchange)

Batholiths may form areas of high land as the material around them is removed by weathering and erosion. An example of this is the Sierra Nevada Batholith in eastern California (see photo below). This batholith forms the core of the Sierra Nevada mountain range. 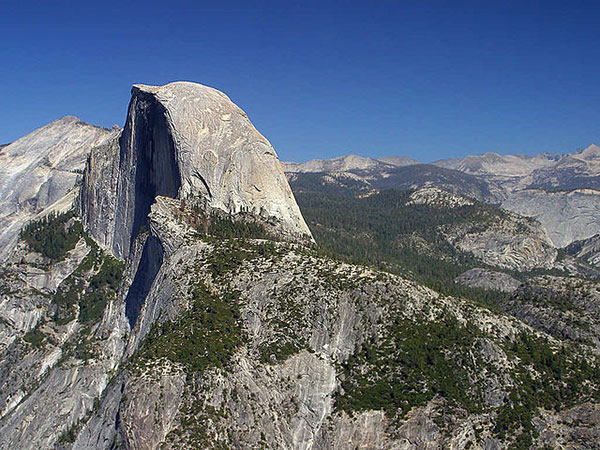 Part of the Sierra Nevada Batholith (photo by Jon Sullivan)