Some regions in the interior of continents and about 5 to 15 degrees north and south of the Equator experience a tropical continental climate. These regions include parts of Central Africa, northern Australia and some areas in South America.

A major feature of this type of climate is the fact that there are distinct wet and dry seasons. Most of the rainfall occurs during a particular period during the year (the wet season). During this time these areas are under the influence of the ITCZ. The wet season may be as short as three months in some areas and as long as seven or eight months in others. Areas closer to the equator tend to have longer wet seasons and may experience over 1000 mm of rainfall per year. Areas farther away from the equator tend to have shorter wet seasons and experience as little as 300 mm of rain in a year. Rainfall is also less reliable in areas farther away from the equator and they sometimes experience droughts. During the dry season, there is little or no rainfall. 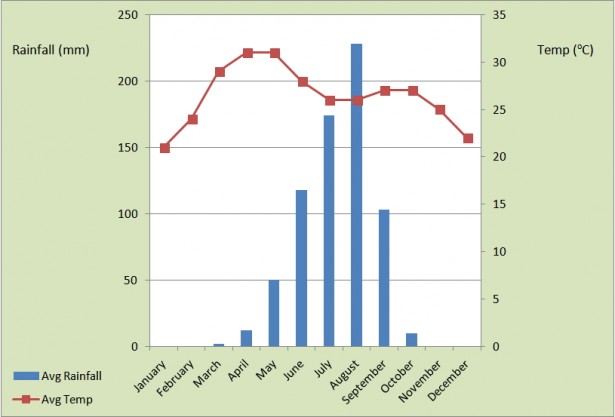 Rainfall and temperature for Kano, Nigeria

In areas which experience a tropical continental climate, the seasonal rainfall tends to give rise to a distinct type of vegetation known as tropical grassland or savanna. The term savanna refers to open grasslands, usually with some scattered trees or bushes. The plants which grow in these areas must be able to survive long periods with no rainfall. These plants include various types of grass and a few trees that are adapted to survive long periods of drought.

During the wet season, plants take advantage of the available moisture. Grasses grow quickly and some types may become very tall. Many trees produce new leaves and the entire savanna looks lush and green (see photo below). 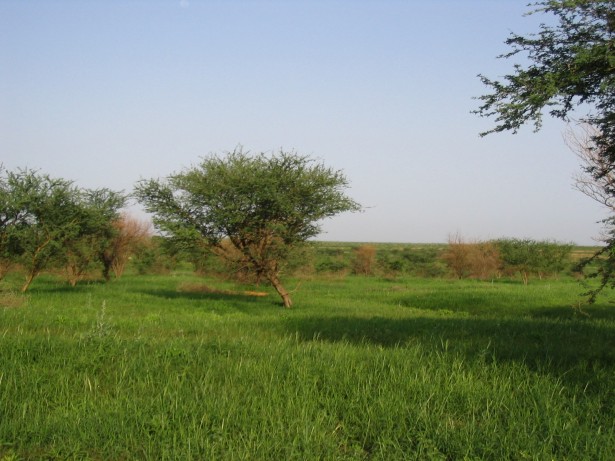 The savanna during the wet season. This photo was taken in Sudan (Africa).

During the dry season, the grass dries out, many trees drop their leaves and the savanna takes on a completely new appearance (see photo below). Bush fires are common during this period. 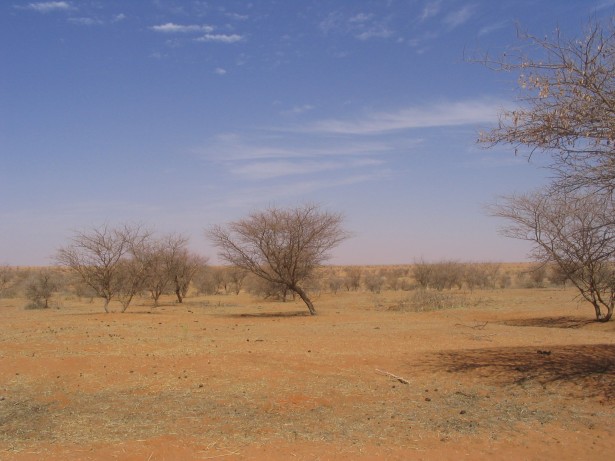 This is the same area during the dry season

In areas with a tropical continental climate, the high temperatures and the seasonal rains produce a reddish clay soil. During the dry season, the soil loses a lot of moisture and its surface becomes hard and cracked.

In areas which experience a tropical continental climate, plants must be able to survive a long dry season. Plants which are well adapted to survive in areas with a very limited supply of water are called xerophytes. Some plants have long roots which can reach water deep below the surface. Many plants have small, waxy leaves which reduces the amount of water lost through transpiration. Some plants shed their leaves during the dry season and grow new ones during the wet season. There are plants which are able to store water in order to survive the dry season. Some trees have thick bark which allows them to conserve water and also resist fire. Grasses survive by drying out during the dry season. The parts of the grass below the surface survive and produce new growth during the wet season. The photos below show trees which are adapted to survive the long dry seasons of the tropical continental climate. 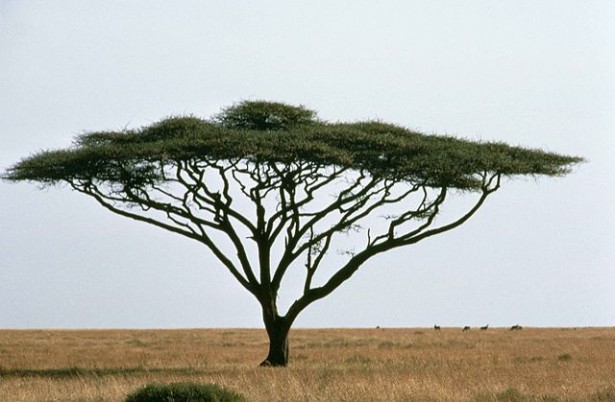 The umbrella thorn acacia has long roots so it can reach water deep in the ground. Its thick bark makes it fire resistant.     (Photo by Stolz Gary M) 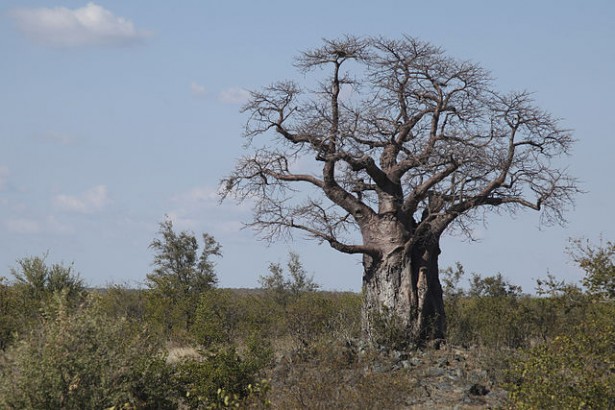 Watch the video below which provides information about plants and animals in the savanna.