An anticylone (also known as a high pressure system) is a large area of high atmospheric pressure. Anticyclones may be thousands of kilometers in diameter. The pressure within an anticyclone is 1000 millibars or more. Light winds circulate around the central area of high pressure in a clockwise direction in the northern hemisphere. Within the anticyclone air is descending. 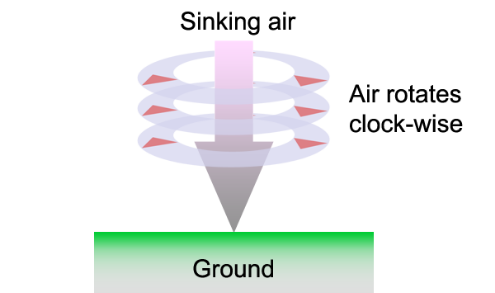 Air descends in an anticyclone.

As the air descends, it is compressed and warmed. These conditions are not suitable for cloud formation. Therefore, anticyclones are associated with long periods of sunny or fair weather with few or no clouds and no rainfall. There is usually a light wind. These conditions generally persist for several days or even a few weeks. In the photo below, the large, cloudless, oval shaped area is an anticyclone. 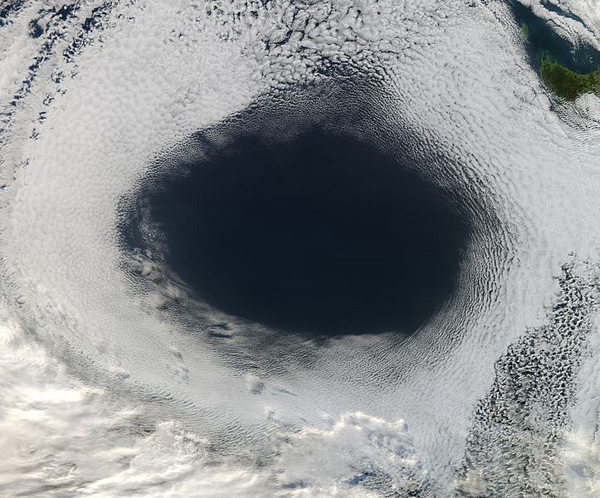 An anticyclone off the southern coast of Australia. (Photo by NASA)

Move on to cold fronts!